Screen Mirroring to Android and FireTV from iPhone, iPad and Mac, and Chromebook

Mirroring360 Airplay Receiver for Android enables you to mirror your iPhone, iPad, iPod Touch’s screen to your Android based phones, tablets, and set-top boxes wirelessly via the built-in AirPlay feature on iOS devices.
It also supports mirroring from a Mac’s screen to Android devices via AirPlay and from a Chromebook screen or Chrome browser to Android via the Mirroring360 Chrome Extension. 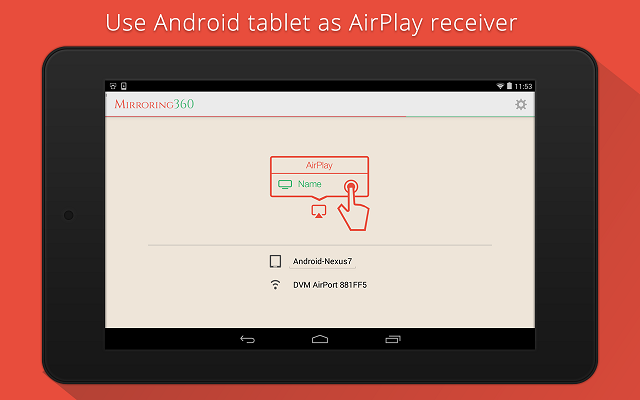